More than five million central venous catheter (CVC) lines are placed in hospitals each year, making it one of the most common invasive emergency room procedures. Although NICE guidelines for ultrasound-guided placement of central venous lines in adults and children were first issued in the UK in October 2002, Dr. James Bennett, Consultant Anaesthetist at Birmingham Children's Hospital, describes how the debate has since moved on from whether ultrasound should be used for vascular access, to what other information and safety assurances it can provide, especially in paediatrics.

“The transplant unit at Birmingham Children’s Hospital – now part of Birmingham Women’s and Children’s NHS Foundation Trust – carries out around 35 liver and 12 kidney transplants a year, plus a smaller number of intestinal transplants, one of only two centres in the UK to perform this procedure. Children with liver disease are an especially challenging group when it comes to vascular access and those with bowel conditions particularly so; many have lost a significant part of their intestine and have been fed intravenously with parenteral nutrition, they may have lost a number of central veins, either as a consequence of the insertion technique previously used, or simply from the central venous catheters being in place for an extended period of time. 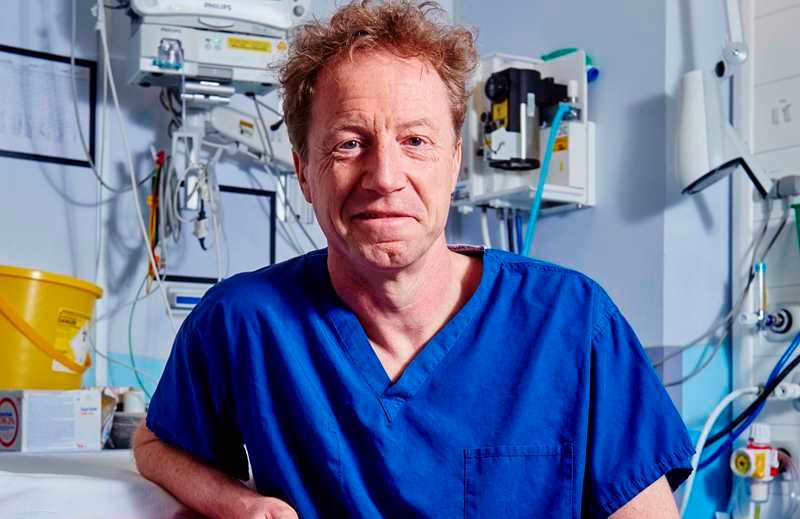 “Over the last 15 years, point-of-care (POC) ultrasound has become an essential tool to quickly and safely aid anaesthetists, as well as the array of professionals from different clinical backgrounds who are now regularly inserting lines. However, for the more specialised area of paediatrics, and specifically for long-term venous access, for example Hickman lines in children with cancer, formalised training programmemers are something of a challenge.

“For instance, while there is currently a module for central venous access in the syllabus for anaesthetists in training, there is little addressing long-term vascular access. The safety of central venous access is a matter of concern for the Association of Anaesthetists and, last year it produced a document providing guidance for vascular access.

“Ultrasound guidance is the tool of choice particularly for the vascular access team, whose practise includes many challenging cases. At present, there are three portable systems used in the department which, while not the newest instruments on the market, provide the imaging quality and reliability that is required. It is also useful that they are small and mobile so can be moved easily, and manoeuvreed into place around the many pieces of equipment that typically populate operating theatres.

Anesthesia Ultrasound for Perioperative Care - Beyond the Block END_OF_DOCUMENT_TOKEN_TO_BE_REPLACED