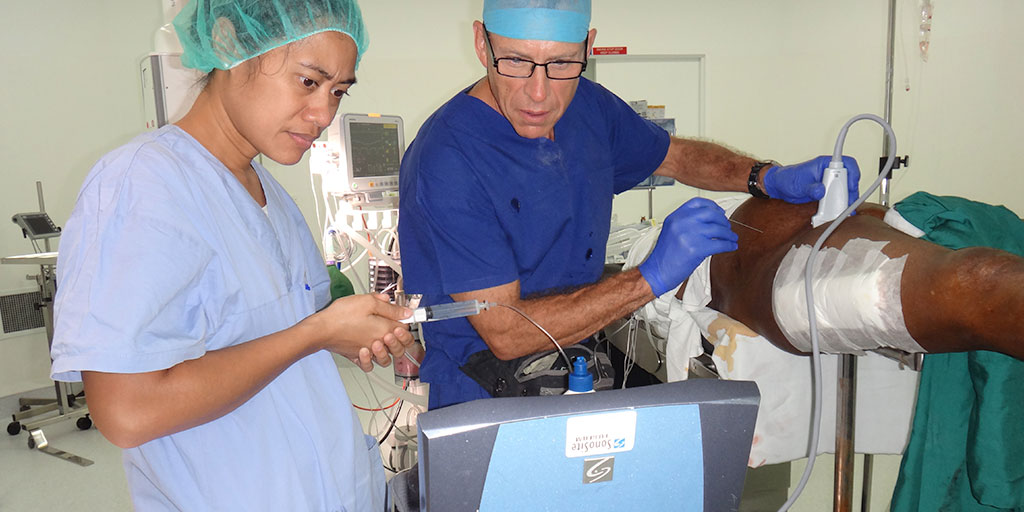 Dr. David B. Goodie, a Specialist Anesthetist with the Fiji Orthopaedic Outreach, recently returned from a weeklong charitable medical mission in Fiji. For this mission, Sonosite lent Dr. Goodie an M-Turbo, which he promptly put to good use at the Lautoka Hospital in Fiji. He writes:

"[Sonosite] devices have proved invaluable in our work, and since I am the only anesthetist going on this occasion, an essential item for me to keep up with the workload…The members of the Orthopaedic Outreach team are once again indebted to Sonosite for the kind loan of an M-Turbo Ultrasound for its most recent trip to Fiji. We not only found the ultrasound useful in the operative setting, but the presence of a sonographer on our team meant that where indicated, a scan could be immediately performed in the clinic setting. Where patients present to the outpatient clinics with an array of confusing signs and symptoms, such a facility readily added to the diagnostic process, and streamlined the plan of management."

Although working anesthesia machines were available, Dr. Goodie’s team had limited access to “modern drugs” that could aid in the speedy recovery of their patients. Dr. Goodie opted to go with regional anesthesia, which meant patients could return to their wards in a lucid state. In addition, patient issues sometimes dictated that regional blockade for surgery was preferable to general anesthesia. Since a large proportion of their workload involved distal upper limb surgery, they mostly performed the axillary blockade of the brachial plexus.

The local Fijian anesthetists have only very recently had access to ultrasound, and even then, the machine they were using was not well suited for regional anesthesia. These anesthetists still had to use “landmark” techniques for performing blocks. Dr. Goodie’s team was able to demonstrate the variable anatomy of the brachial plexus at the level of the axillary artery, and how these blocks might fail.

Dr. Goodie’s team examined a woman in her seventies who had a displaced and comminuted hip fracture from an injury 10 days earlier. For technical reasons, an attempt at spinal anesthesia was unsuccessful. The surgery, performed under general anesthetic, was extremely challenging and prolonged. Fortunately, the team was able to use ultrasound to perform a femoral nerve block, ensuring that post-operative pain was not an issue for her.

In another difficult case, Dr. Goodie’s team examined a man in his forties who had sustained severe injuries as a result of a motor vehicle accident. The man had spent several days in ICU with bilateral chest drains inserted for traumatic haemo-pneumothorax, and had a severely displaced left clavicle fracture. His orthopedic issue was a Lisfranc fracture/dislocation that would need surgery. The man also exhibited a swollen left arm and hand with significant neurological deficits. The medical team believed that the clavicular fracture may have disrupted his brachial plexus, and they also feared that it could lead to thrombosis in the major vessels draining the upper limb. 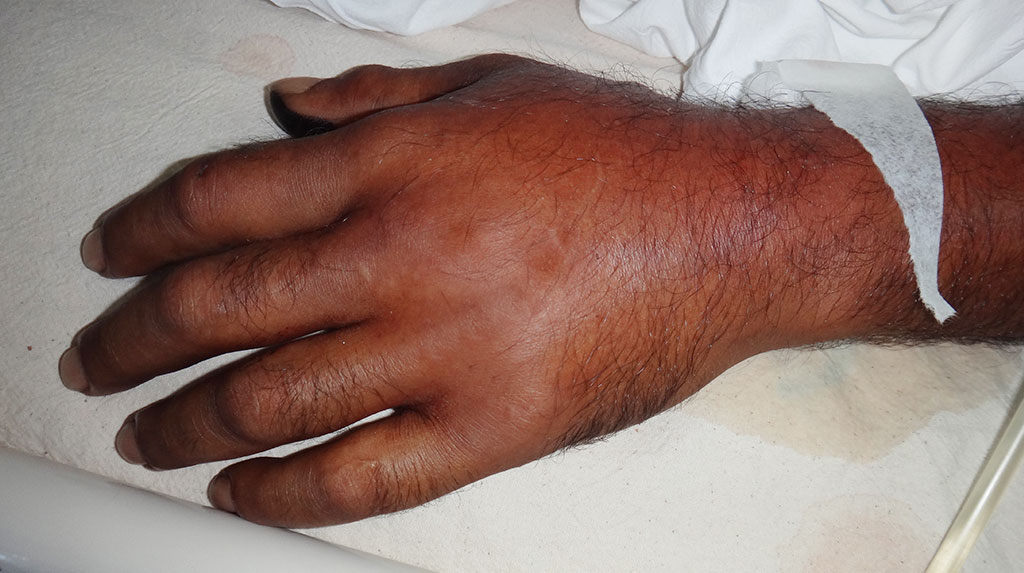