Doctors Use Paediatric Ultrasound in Bolivia 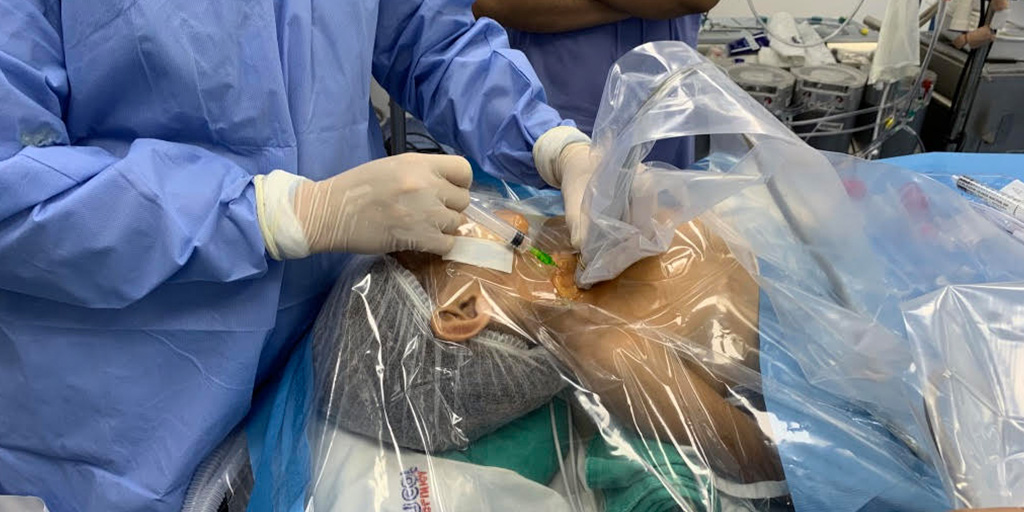 Paediatric cardiac anaesthesiologist Dr. Pablo Motta MD, FAAP recently returned from Bolivia on a medical mission for HeartGift, developed through a partnership between by Texas Children’s Hospital and Memorial Herman Children’s Hospital, both located in Houston, Texas, and la Fundación Incor. in Santa Cruz, Bolivia. The goal of this mission is provide free, world-class paediatric cardiac care to children from underserved areas of Santa Cruz, Bolivia and its surroundings. The long-term is to develop a local team to perform paediatric cardiovascular care that could work independently.

The mission consist of three stages: the pre-mission, the mission itself, and the post-mission. During the pre-mission, patients are selected in coordination with the Bolivian team. Patient inclusion requires low complexity RACHS-1 category 1 and 2. From Houston, the patients are classified as A: Very likely surgical case or B: Significant concern identified. During the actual mission, the final decision for inclusion is made after the patients are evaluated on site. The mission itself lasts for eight days, with six surgical/interventional days. The physician team includes two surgeons, three anaesthesiologists, two intensivists, and two cardiologists. The rest of the team consist of one perfusionist, one scrub tech, four ICU nurses, one respiratory therapist, and one biomedical engineer. The most common procedures performed include atrial septal defect closure, ventricular septal closure, tetralogy of Fallot repair, patent ductus arteriosus device closure, valvotomy, and coarctation dilation. The post-mission is a time of reflection to review clinical outcomes, the process itself, and identified aspects that could be improved in the future.

“On this year’s trip, we completed 21 cardiac catheterizations (10 therapeutics), 13 open heart surgeries, 18 sedated echocardiographic studies, and two sedated CT angiograms on paediatric patients ranging from 6 months to 17 years at Clinica INCOR. Without the Sonosite, I doubt that we would have been as productive since the access to vascular ultrasound allows us to speed up the anaesthesia time and be ready for surgery/cath sooner. On missions before we borrowed the Sonosite, it was common to require multiple vascular access attempts and delay the case start.”

Anesthesia Ultrasound for Perioperative Care - Beyond the Block END_OF_DOCUMENT_TOKEN_TO_BE_REPLACED