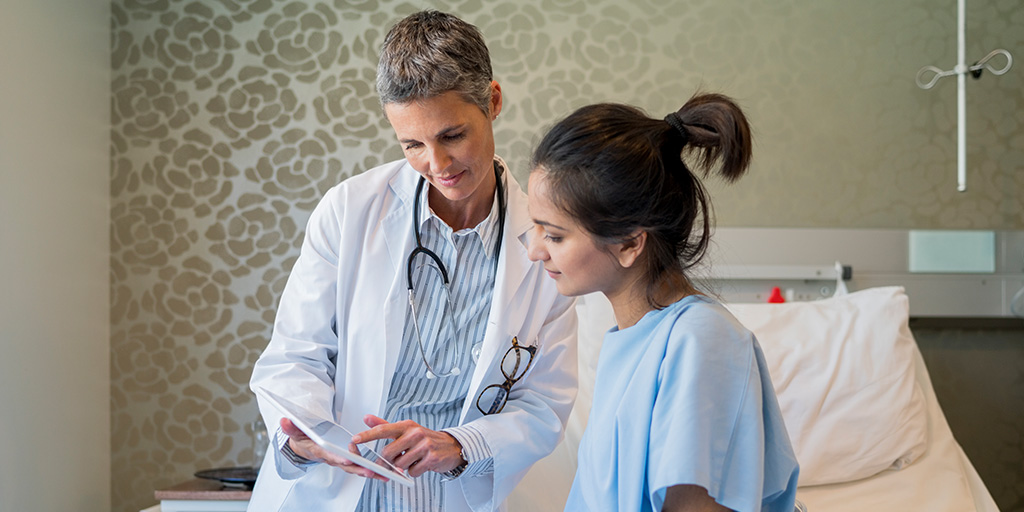 In a March 2019 meta-analysis of eight studies published in the American Journal of Emergency Medicine, data shows that the use of pelvic point-of-care ultrasound (PPOCUS) can lead to pregnant patients spending less time in the Emergency Department. These decreased lengths of stay can help EDs and hospitals reduce crowding and enhance their quality of care1.

When examining a pregnant patient, emergency physicians must make a choice of performing either PPOCUS or a comprehensive ultrasound (CUS) through the radiology or gynecology departments. Access to CUS, however, varies widely by location and the time of day, and CUS will often increase a patient’s time in the ED. Increased lengths of stay can lead to crowding in the ED and adversely affect the quality of care3. For this reason, The Institute of Medicine has called for EDs and hospitals to identify ways to reduce crowding and lengths of stay4.

With PPOCUS, emergency clinicians can avoid the need for CUS to diagnose early symptomatic pregnancies1. For example, PPOCUS is 99% sensitive for ectopic pregnancy with the visualization of intrauterine pregnancy (IUP)1-2. PPOCUS is a time-saving method of identifying this serious condition.

A review of the literature was performed to conform to the recommendations of the Preferred Reporting Items for Systematic Reviews and Meta-Analyses (PRISMA) statement5. While the meta-analysis showed a strong association between the use of PPOCUS and decreased lengths of stay when compared to the use of CUS, this association was likely affected significantly by the subgroup of patients who have an IUP. Decreased lengths of stay were more likely observed at night and with use of transvaginal ultrasound. In addition, several of the studies excluded either patients without an IUP or patients receiving both PPOCUS and CUS7-9.

The authors of this review believe PPOCUS for evaluation of symptomatic early pregnancy is likely to lead to decreased lengths of stay in the ED. Bear in mind, however, that this effect is expected to be driven by the subgroup of patients with an IUP. The study’s conclusion must be considered in the context of the availability of CUS and emergency physician experience at a given clinical location.

I’m Not Sure I Could Do That – Women’s Health, Sonosite Ultrasound (video)

Floating Doctors: Remembering a Fetal Ultrasound from Years Ago

9Thamburaj R, Sivitz A. Does the use of bedside pelvic ultrasound decrease length of stay in the emergency department? Pediatric Emergency Care 2013; 29 (1):67–70.