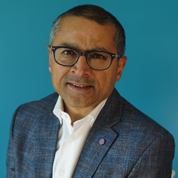 Diku Mandavia, MD, FACEP, FRCPC, joined Sonosite as a medical advisor in 2007 and currently serves as Chief Medical Officer for both FUJIFILM Sonosite, Inc. and FUJIFILM Medical USA. He is also a Clinical Associate Professor of Emergency Medicine at the University of Southern California and was an Attending Staff Physician at Cedars-Sinai Medical Centre in Los Angeles from 1998-2010. Dr. Mandavia is a founding member and past-chair of the ACEP Ultrasound Section and co-author of the ACEP Ultrasound Guidelines. He has taught thousands of physicians worldwide, lectured at over 200 medical conferences and has been awarded ACEP’s Outstanding Speaker of the Year. Dr. Mandavia has also contributed to over 90 publications and is co-director of the national Resuscitation Conference. He received his medical degree from Memorial University in Canada, completed his residency at Los Angeles County+USC Medical Centre and is a graduate of the Stanford Executive Programme. 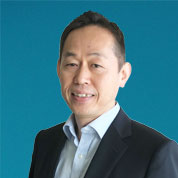 Amanda DePalma joined FUJIFILM Sonosite, Inc. in December 2019 as Vice President of Marketing. In her role, Amanda has global responsibility for all marketing aspects of our business. Amanda brings over 25 years of experience in marketing, strategy, and sales at companies including Guidant, Abbott Vascular, Kimberly-Clark Healthcare, and Edwards Lifesciences. She has led high-performing teams in the development and launch of over 30 products and solutions. Amanda's healthcare experience spans multiple clinical areas with an emphasis on cardiology, vascular, surgical, anaesthesiology and critical care. Amanda is passionate about fostering diversity in the workplace, and is actively involved in MedtechWomen and the AdvaMed Women's Executive Network. She received her BS in Marketing and MBA from the University of Florida.

Greg Nesbitt has extensive commercial leadership experience and a compelling record of success in the pre-clinical and clinical medical imaging spaces. Greg began his career with GE Healthcare where he spent 14 years in commercial leadership and corporate roles. He also served as Vice President for Wolters Kluwer Healthcare Analytics business providing advanced analytics and consulting to the pharma and life sciences sector. Greg has spent the last 10 years as a Vice President with Philips Healthcare successfully leading large commercial teams. He most recently led Philips overall IDN commercial strategy and enterprise organisation.

Mike Prutting is Chief Human Resources Officer and Vice President - IT & Travel for FUJIFILM Holdings America Corporation. Mike is a graduate of Rutgers University and, since joining Fujifilm in 1996, he has held progressive HR and general management roles at several divisions. He developed and successfully implemented Fujifilm’s North American Regional HQ concept and shared services function. Mike also led the implementation of a global talent management programme as well as the introduction of Fujifilm Way Training – an effort designed to provide a common business language and methodology to Fujifilm associates worldwide. He currently serves as a governing Body Chair for the CHRO Leadership Summit and he is a Board member of the American Heart Association, Westchester County Chapter. Most recently, Mike has been involved in the acquisitions of ten new businesses and he is playing a key role in Fujifilm's entrance into the life sciences area.