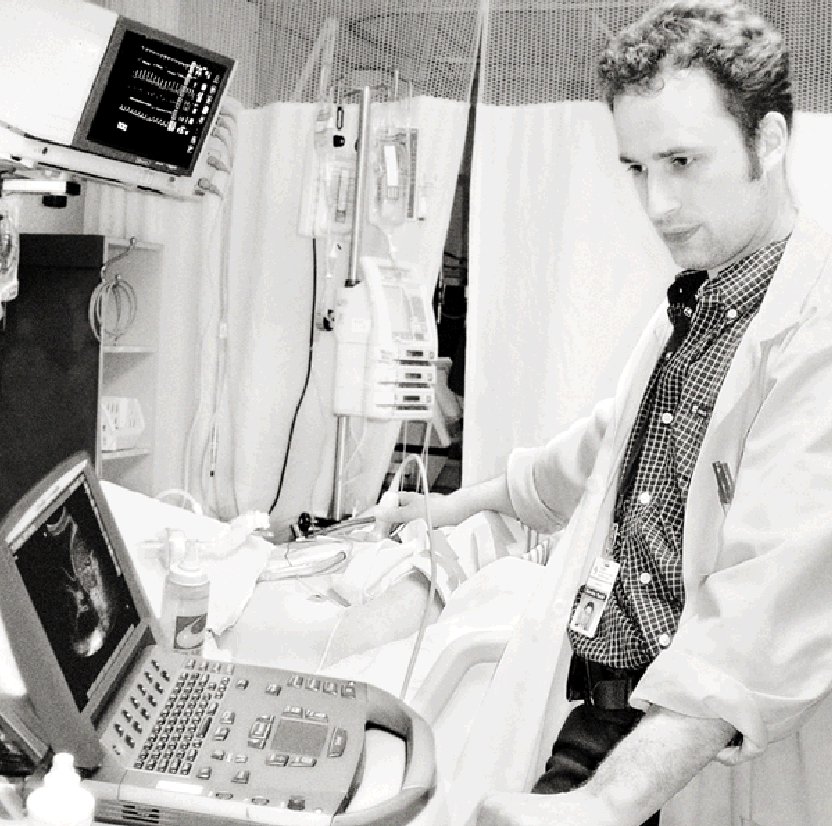 Dr. Yanick Beaulieu embodies the concept that healthcare is an equal measure of both art and science. Just ask one 44-year-old father of five whose condition had physicians mystified.

The patient had recently flown home from a business trip to Hawaii. As he got off the plane, he was experiencing chest pains and was rushed to the nearest hospital. Physicians quickly diagnosed a heart attack and attempted angioplasty but subsequently had to perform a quadruple coronary bypass.

The patient's hospital recovery progressing positively for the first few hours in post-op. But then his oxygen saturation inexplicably decreased. He became short of breath. Re-intubation and mechanical ventilation was necessary. Doctors assumed he was suffering from acute lung injury, which is a known potential complication that may occur after being on the heart-lung machine during cardiac surgery. Because his condition worsened rapidly, the patient was transferred to Sacre-Coeur hospital, where Dr. Beaulieu practises, so he could be placed on a high-frequency oscillator. After 24 hours, the patient did not get any better. Dr. Beaulieu was called into the case.

"The patient was severely hemodynamically unstable and he had big neck veins, and a chest x-ray that was relatively normal, which did not match with the initial presumed diagnosis," explains Dr. Beaulieu. "In this context, a bedside ultrasound was performed to assess the right side of the heart, looking for indirect signs of a pulmonary embolism. Such signs were discovered on the bedside cardiac ultrasound study. A focused ultrasound exam of the vessels of the legs revealed bilateral deep vein thrombosis."

Based on the findings of the bedside ultrasound coupled with the patient's unresponsiveness to the initial treatment with the high-frequency oscillator, Dr. Beaulieu suspected a massive pulmonary embolism secondary to a deep vein thrombosis, which may have occurred due to prolonged sitting during his recent plane trip. An angio CT confirmed the diagnosis of pulmonary embolism and showed no acute lung injury.

Dr. Beaulieu initiated an aggressive anticoagulant treatment, a filter was inserted into the inferior vena cava, and the special high-frequency oscillator was discontinued. The patient improved rapidly and was extubated within a matter of days. He left the hospital a couple of weeks later and went back home to his wife and five children, whom he'd not seen for nearly a month. Dr. Beaulieu examined him a few weeks later, and the patient has since fully recovered.

Follow up note: Sonosite was saddened to learn that the patient's wife later passed away due to an acute illness. We offer our condolences and deepest sympathies to the family on their loss.