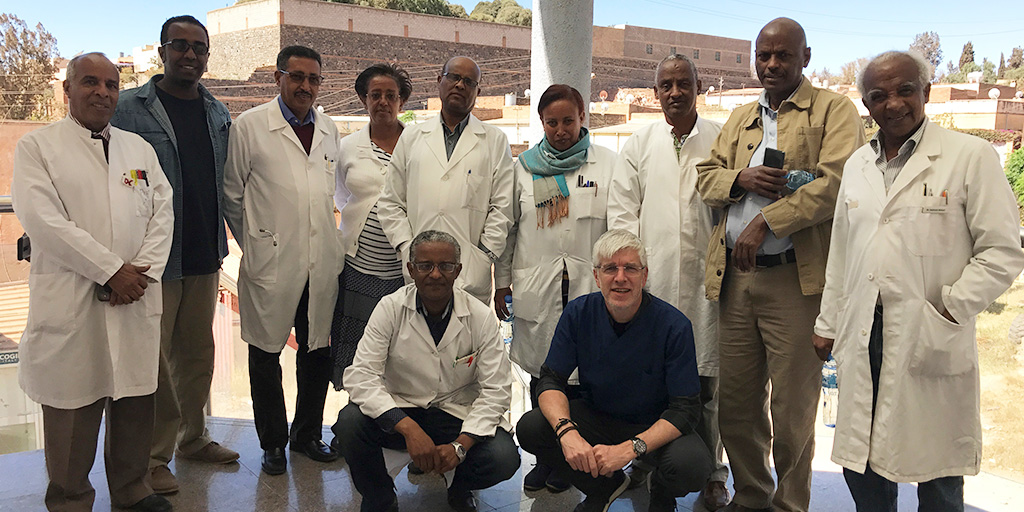 The implementation of ultrasound as a diagnostic tool is expected to significantly increase the quality of care that can be provided to patients in Eritrea. The relief organization, Eritrean Hilfwerk Deutschland (EHD), originally privately-funded anesthesia ultrasound training at Asmara College of Health Sciences, as Pfeufer discusses: