Vietnam’s wild elephant population has dropped from over 2,000 animals to less than 100 in 20 years, making the country’s 60 or so captive elephants vital to preserving the genetic lines of this critically endangered species. Dr. Willem Schaftenaar, Veterinary Advisor to the European Studbook of Elephants, has been assisting the Đăk Lăk Elephant Conservation Centre (ECC) in identifying female elephants suitable for breeding. With the help the Animals Asia Foundation and a SonoSite Edge, Dr. Schaftenaar and the ECC are working with owners to establish a breeding programmeme for captive animals and help lead the Wild Elephant off the endangered species list. Dr. Schaftenaar recently discussed his work in Vietnam with SonoSite:

During my initial visit, we performed health assessments on 40 captive elephants across Đăk Lăk province, identifying eight cows under 40 years of age who could potentially be bred from. The ECC vet – working in collaboration with a private hospital laboratory in Ho Chi Minh City – then monitored the plasma progesterone levels of these eight animals through weekly blood checks, confirming that seven still had an oestrous cycle. I then visited the ECC again in November 2016, this time equipped with a FUJIFILM SonoSite Edge ultrasound system. Ultrasound has been an important tool in my daily zoo practise for over 20 years, and I was grateful to FUJIFILM SonoSite for kindly providing a highly portable and robust instrument for this trip. In three days, I visited all seven of these animals – plus another one identified later – and used ultrasound to assess the uterus of each cow for tumours, which are a common problem in Asian elephants that have not produced offspring for long periods. Ultrasound was invaluable for this work, as it is the only practical way to assess the uterus in such large animals. Once a cow becomes pregnant, it is also useful in the early stages of pregnancy – from eight to 20 weeks – to monitor the embryo. Having a system with good image quality is vital for this as, even at this stage, it is quite deep within the mother. And because you’re working with elephants – which rarely stand still – you also need an instrument that is both highly portable and relatively robust, making SonoSite systems ideal.

SonoSite machines are battery powered, portable, and built tough to be able to scan some of the world's biggest animals. Learn what SonoSite customers have to say about their use of point-of-care ultrasound on our Zoo and Large Animal web page. 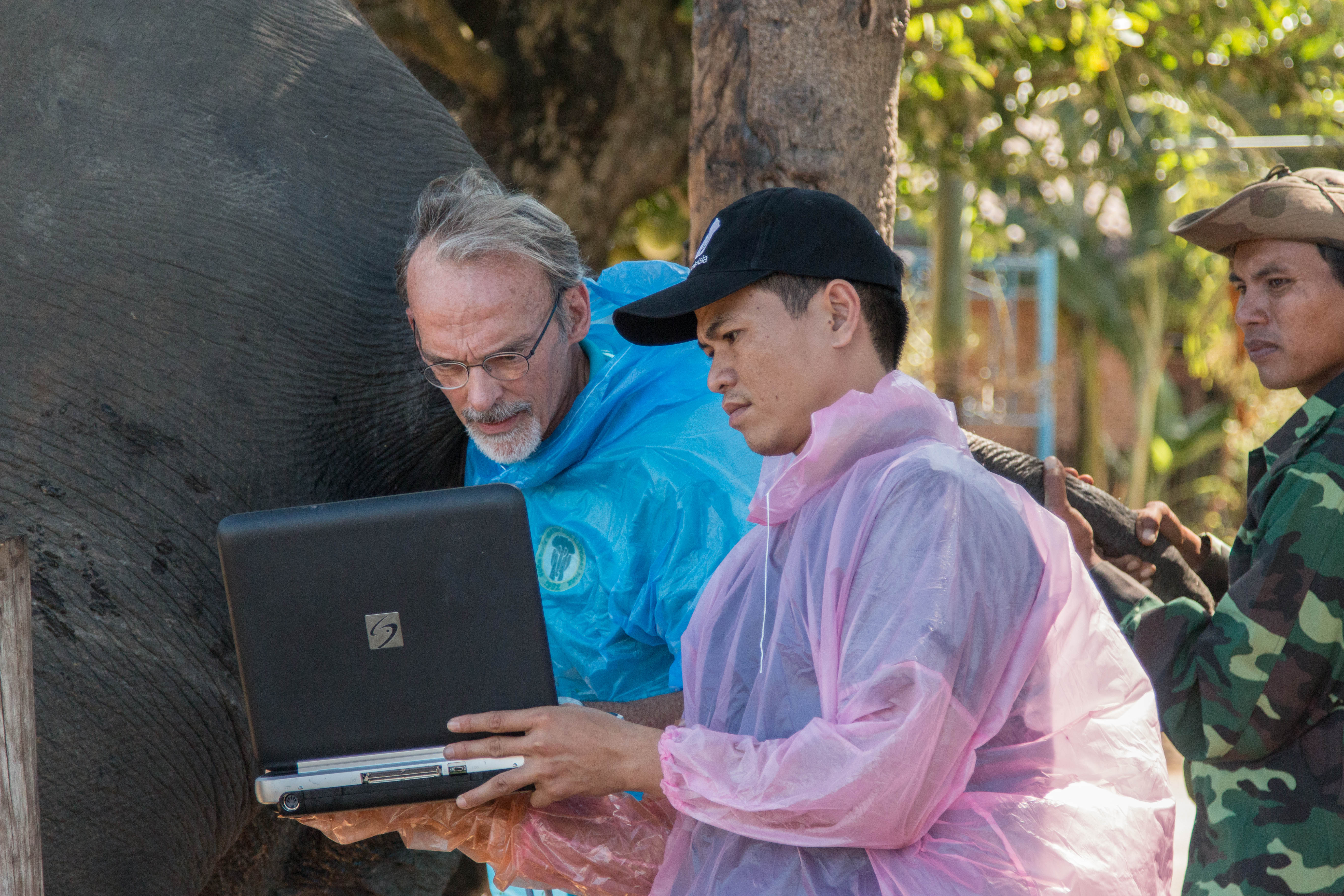