Imagine trying to start an IV in the arm of an infant who weighs less than 4 pounds, or an adult patient weighing more than 500. Or, placing a PICC line in a small, squirming child.

When you’re working with some of the smallest, most vulnerable patients, every single needle stick, and every single minute spent, truly matters.

“Drawing blood on a kid is sometimes really very difficult,” says William Copeck, Nurse Manager at The Valerie Fund Children’s Center for Pediatric Cancer & Blood Disorders (part of St. Joseph’s Healthcare System), discussing his center’s ultrasound-guided vascular access program. “Before we had the vascular access program, we would often have to have multiple nurses in the room sometimes to hold the child down, to hold them still enough, so that we could get a line in them. It’s traumatic for the kids, it’s traumatic for the parents, and sometimes it’s traumatic for us.”

Whether injecting medicine or drawing blood, the Valerie Fund Children’s Center team recognized that anything that could make their patients more comfortable would be worth investigating.

When St. Joseph’s first introduced their ultrasound-guided vascular access program, which trained nurses in using ultrasound visualization to locate and access hard-to-see vasculature, they didn’t realize what a huge difference the technology would make.

“Before we had the Sonosite ultrasound technology, we had a lot of patients with multiple sticks, bruises…” says Judy Padula, Vice President of Patient Care Services and Chief Nursing Officer at St. Joseph’s Healthcare System. “As minor as that may sound to some people, getting the IV in can be the make or break to their treatment.”

Ultrasound allows the specialists at St. Joseph’s to clearly visualize the vascular structures that they need to access in real-time. This promotes more accurate needle placement, which can lead to many fewer attempts needed.

“With the ultrasound,” says Matthew Ostroff, head of the Vascular Access Program, “we assess the vein before we stick it; we can see our needle going into the vein.”

“It wasn’t even on my radar,” says Copeck.

“I would tell people, you’re crazy not to have it. I can’t even tell you how important it’s been to us.”

“It takes roughly 40-45 minutes at the bedside to do a PICC line,” explains Ostroff. “When we’re able to substitute an ultrasound-guided peripheral [IV], it’s a 5-10 minute procedure. We’ve essentially changed the entire landscape of IV-insertion.”

A Savings of $3.5 Million with POCUS

The drive to provide a better patient experience propelled the adoption of the Vascular Access program, but the phenomenal savings that the program introduced was a pleasant surprise.

Since the advent of the Vascular Access program in February 2014 and December 2016, St. Joseph’s has seen a remarkable and unexpected level of cost-savings; nearly $3.5 million in total.  To learn more, read Becker's article here.

Patients cannot be admitted to the hospital (outside of the Emergency Department) until vascular access is obtained. For both children and “difficult stick” adults, the ability to quickly and efficiently insert a peripheral IV can shorten the stay in the ER, and the cost of an overall stay in the hospital, significantly.

When nurse practitioners can use ultrasound to guide needle placement, radiology referrals are reduced, which lessens the cost of care per patient.

Moving from a preference for PICC lines to ultrasound-guided peripheral IVs saved roughly $250 in catheter costs per insertion.

Interested in Learning About the Sonosite Solution for Difficult Peripheral IV Insertion? 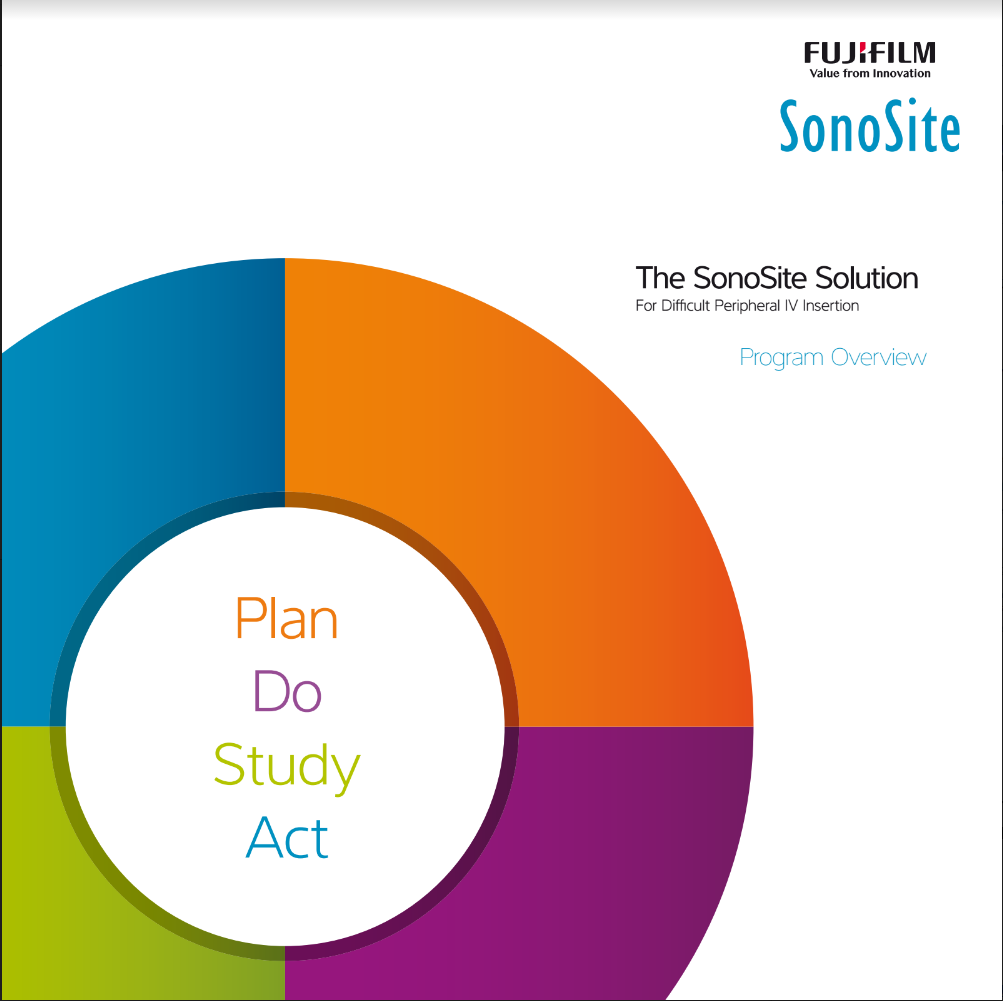